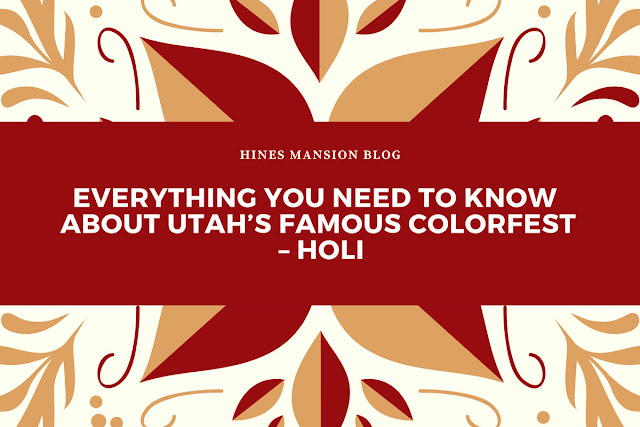 In Utah, the festival is held each year at the Sri Radha Krishna Temple located in Spanish Fork. In addition to the crazy fun that accompanies the event, this temple is also fully welcoming to all people, regardless of their religion. Visitors are invited to throw a handful of colorful chalk (symbolizing worries) to the wind as they enjoy the event.

Here are some interesting facts you need to know about Utah’s famous Holi Festival of Colors. 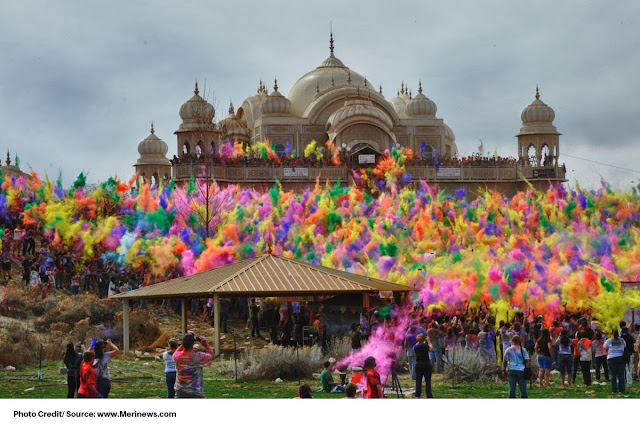 The festival gets its name from Holika, a demoness sister of an evil king named Hiranyakashyap in the Hindu mythology. The legendary tale goes on to reveal that the evil king tried to forbid his son, Prahlad from worshipping Lord Vishnu. Prahlad, however, did not part with his faith and continued worshiping Vishnu.

In an attempt to get rid of his son, the villainous king ordered Holika (who was immune to fire) to enter the blazing fire with Prahlad in her lap. The story goes on that the evil-minded Holika was reduced to ashes, but Prahlad was saved because of his extreme devotion to Lord Vishnu.

Since then, the Holi celebrations have prevailed to serve as a reminder that good triumphs over evil - which reflects the Hindu belief that faith and devotion lead to salvation, and can be attained by everyone who believes. 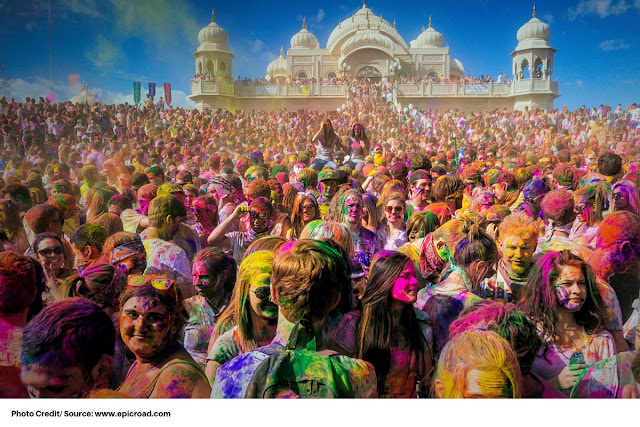 There’s an entrance fee of $5 per person. The entry fee for children below the age of 12 is absolutely free, so you can tag your little kid or sibling along, provided you keep a close watch on them.

The temple provides the guests with ‘chalk’ which is actually colored corn-starch. The chalk should not stain your clothes (provided you don’t get wet), but I would still advise against wearing your best clothes.

Five assorted vivid colors (green, pink yellow, violet, & orange) are available on the festival grounds at the cost of $3 per 100g bag.

The colors provided are not only environmentally friendly, but also brightly colored, and beautifully scented. The nature of the colors means that they are also risk-free to people allergic to powders (apart from the small percentage allergic to corn).

The color throws start from noon, following each hour afterward. Even as you get to enjoy yourselves, please refrain yourself from throwing colors directly into other’s people eyes or mouth.

In addition to chalk throwing, there are numerous other fun activities which include dancing, yoga, the lighting of a bonfire, musical interludes, burning of an effigy in between the color throws, and much more. 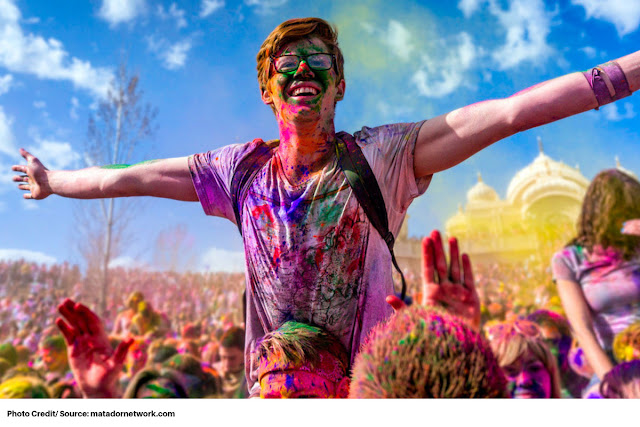 The Do’s and Don’ts

If you plan to indulge in the fun activities that are lined up this year, bracing yourself with some tips might just be what you need to get the most out of the event.

Generally speaking, this event is more of a spiritual event than a religious one. The festival is meant to remove barriers and recognize all as part of one big spiritual family. This might explain why the event is becoming so popular, with the audience reportedly increasing each year.

As these festivities draw locals across the entire state, the numbers can reach up to 40,000 or more in a single day. With the attention the Holi festivals in Utah have been receiving lately, we’ve also seen an increase in visitors flying from all over the world so as to be part of the event. 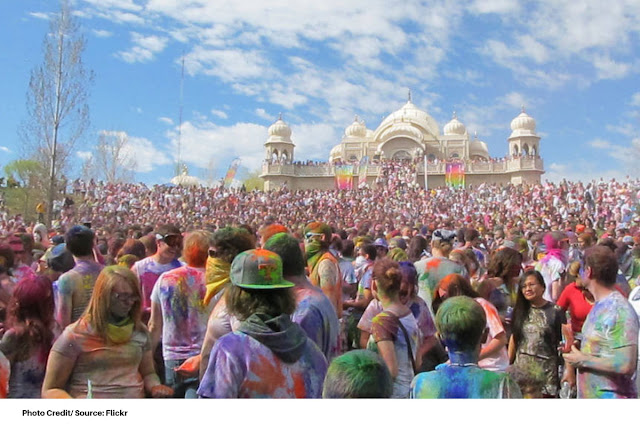 Tips to get the most out of Utah’s Holi Festivities


Things you should avoid doing at all costs