The 9 Best Craft Breweries in Utah 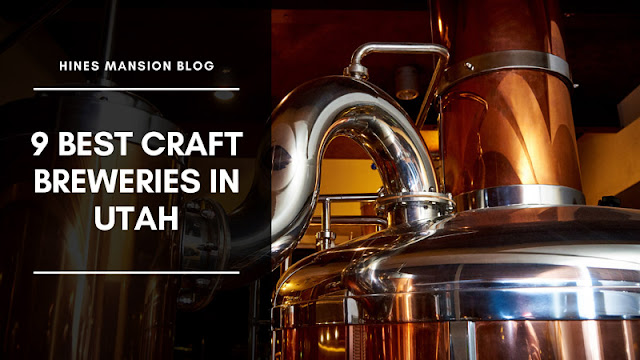 There is nothing quite like sitting down at a brewery and sipping on a cold, well-crafted beer. Whether you seek Ale, Lager, or another unique beer, Utah has an abundance of beers crafted by experienced brewers. While you might be used to the taste of corporate companies’ brews, there is a special experience about sampling various types of hand-crafted beer. Small-company breweries put a lot of hard work into crafting their beer, ensuring that every sip is delicious and has just the right amount of flavor and ABV percentage. This list of 9 best craft breweries in Utah will reveal a variety of craft breweries and what they offer while you are enjoying the beauty of Utah. 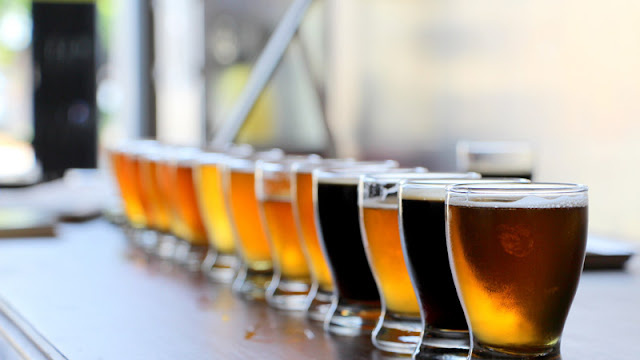 This locally-owned brewery has been handcrafting beer for over two decades. The name derives from the original owners - Rob Phillips and Chris Haas (RoHa). The RoHa Brewing Project uses engineering knowledge and analysis skills to bring their customers great tasting beer. The owners want you to know that while there are many breweries there is always room for better tasting, crafted beer. This brewery offers pale ale, deep ale, IPA, and some seasonal drafts like Pumpkin Black and Back Porch Pale Ale. Pair it with a delicious dessert and this local hotspot is sure to please! 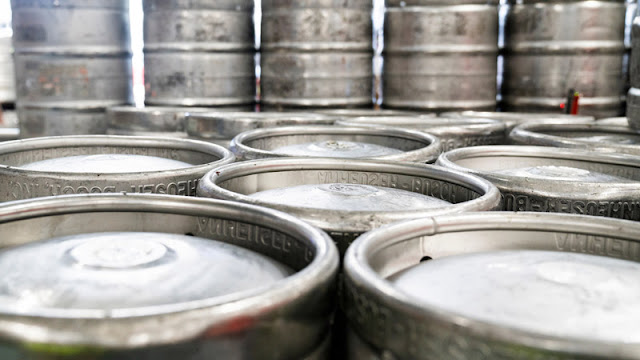 This brewery prides itself on crafting beers for a classic time when people would drink beer to enjoy their time around friends and family. Started in a garage, and geared towards racing fans, this brewery is ready to take you around the racetrack with Ales, Wits, Lagers, and Stouts. Salt Flats brews smooth 4% ABV beers. This means that you can stay longer and have a session with others without getting inebriated in the first two rounds. 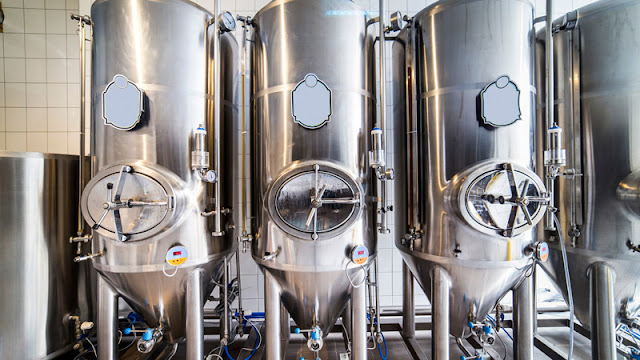 Started in 1993, Uinta Brewing crafts a variety of beers including Hop Nosh IPA, Double IPA, Golden Ale, Pilsner, Lager, and Kolsch. Interesting fact, this brewery was the first business in Utah to go 100% wind-powered. Check out their website for a full timeline of their history and how they continue to bring their customers delicious beer. If you are looking for a brewery that is truly a family, then look no further than Uinta Brewing. 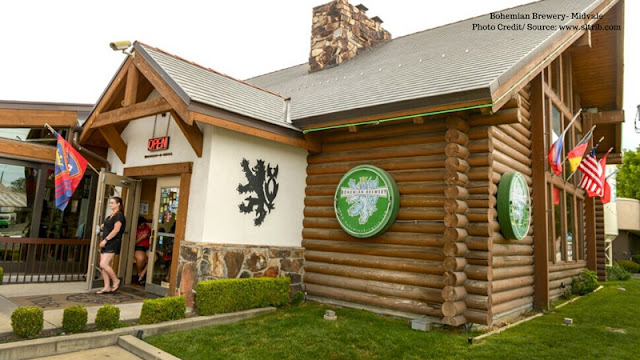 Using their traditional knowledge and skill of brewing, Bohemian Brewery opened its doors in 2001. The owner and his family harnessed their ancestral brewing techniques that can be dated back to the 1200s. Here, you can sit down and enjoy a classic Lager using old brewing methods. You can also experience a brewery tour to see the exciting process of Bohemian crafting. Tours are done on the first Wednesday of each month. Pair your Lager with an old-world European food choice and this brewery will surely take you back in time. 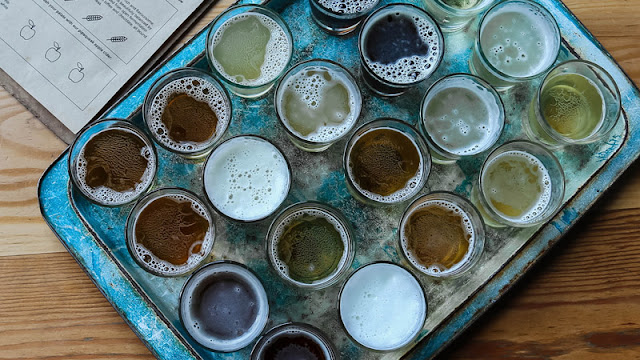 This award-winning brewery serves high-quality crafted beers and amazing food! Red Rock Brewing opened in 1994 and has been a hot commodity since. Here you can enjoy draft classics that are under 5% ABV, Fine Lines beer, and an Artist Palette sample. All of which have been selected to bring you the best-tasting experience in Salt Lake City. 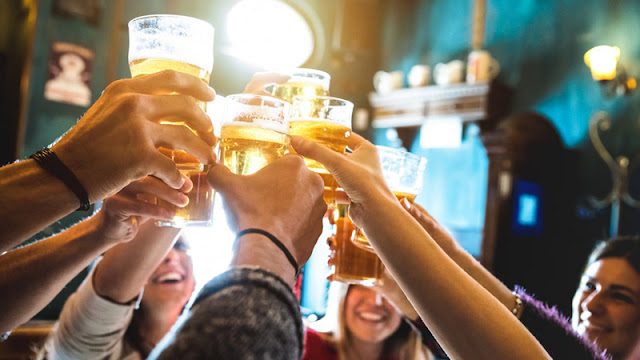 With the tagline of “Damn Good Beer”, how could you not stop into this brewery? Desert Edge Brewery has been serving up crafted beer since the 1970s and offers a large menu of different beers. Some of the featured crafts are Utah Pale Ale, Latter-Day Stout, Game Day Red Ale, Vienna Lager, and you can sample a guest craft as well. Desert Edge Brewery believes that a small-business mindset is best for customers because it provides an authentic experience compared to a corporate company. 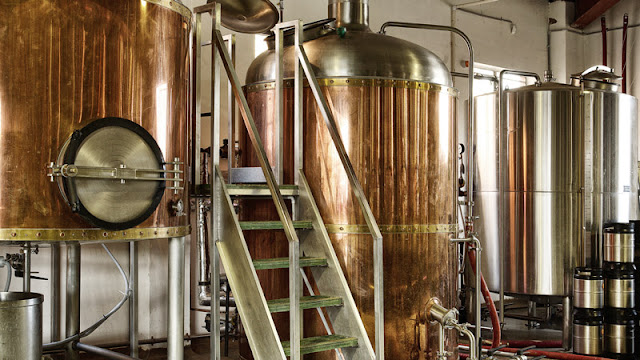 Priding itself on being Utah’s first brewery to sell high alcohol content beer since the prohibition, Epic Brewing Company is a go-to spot for locals. There are three series of beers that are unique to Epic Brewing Company: Utah Series, Elevated Series, and Exponential Series. Epic Brewery uses 22-oz bottles to showcase their beer but there are 12-oz cans available in selected beer. From the classic taste of drafts to the pucker of a sour IPA, this brewery will leave you coming back for more. 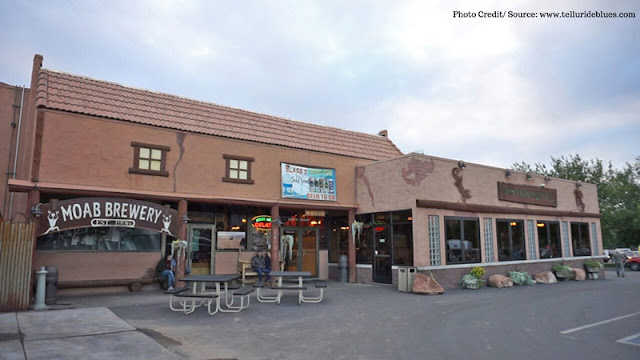 Being Moab’s only microbrewery and distillery along with being the largest restaurant, Moab Brewery is busy every day. Don’t let that stop you from checking out their many crafted beers. Grab a Pilsner on tap, a canned Lager, or a bottle of Scotch Ale. While you sip on your crafted beer, enjoy a pub burger or one of their other various types of food on the menu. Moab Brewery is in the beautiful red rocks of Moab, so be sure to head out for sight-seeing afterward.

Established in 1986, Wasatch Brew Pub is among the most acknowledged brewery in Utah. With locations in Park City and Salt Lake City, Wasatch Brew Pub brings its customers delicious, crafted beer including Apricot Hefeweizen, Nitro Porter, and Pale Lager. These are just a few items on their long list of brews. Stop in at either of their locations to experience a wholesome menu and friendly staff. Wasatch Brew Pub caters towards tradition and stakes claim of bringing breweries and microbreweries back to Utah.


Utah has a lot to offer whether you are a local or a tourist. When you are done exploring the tall mountains, hanging out on a lake, or hiking through the red rocks of Moab you can stop in, relax and enjoy various crafted beers and a delicious bite to eat. The best part about all these breweries is that they are made from hard-working people who have invested their time in providing customers with the very best of beer. Whether you seek a dark ale or pale IPA, this list of breweries will leave your taste buds satisfied.
Email ThisBlogThis!Share to TwitterShare to FacebookShare to Pinterest
Labels: Local Restaurants in Utah, Things To Do in Utah
Newer Post Older Post Home