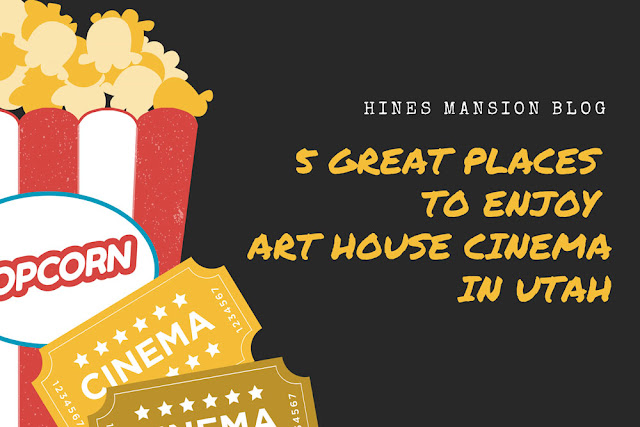 If you mention Utah to the average person, the first thing most will probably think of is gorgeous red rock, snow sports, or Mormons. The Beehive State is a popular destination for many. Outdoorsy types in particular flock to the area for the opportunity to explore the incredible landscape. Film lovers, on the other hand, likely consider Utah the capital of art house cinema. The Sundance Film Festival, America’s largest independent film event for the last 41 years, is held primarily in Park City. Just a short drive from Salt Lake, Park City has made Utah somewhat of an oasis for independent filmmaking.

Art house (independent) films are created outside the influence of Hollywood and the mainstream filmmaking system for a variety of reasons. Major studios are generally unwilling to finance projects with niche audiences or hyper-specific topics. It is difficult to make a profit on films few people will want to see. However, they have grown in popularity over the years. This rise in popularity can be partially attributed to the Sundance Film Festival, which has brought independent film not just to Utahns but Americans everywhere.

Here are some places in Utah where anyone can start their independent film journey:

One of the first places you should look is in Salt Lake City, the capital of Utah. The Salt Lake City Film Society is a nonprofit community for art house cinema that provides access to independent film, documentaries, and international film. Their goal is to use cinema to educate about cinema. They currently have two locations, the Broadway Centre and the Tower, each with their respective strengths. 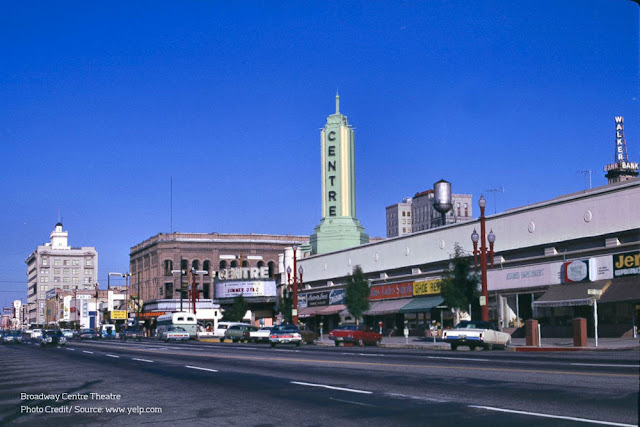 Located in downtown Salt Lake at 111 E. Broadway, the Broadway Centre is known for showing films that may not be available anywhere else. You can always find a variety of interesting events on their calendar, including special guests, premieres, and celebrations like Summer Late Nights. If you are at all interested in an independent or limited release film, your best bet of seeing it in theaters is a visit to the Broadway Centre. Besides unique films, this theatre is also popular for its unique concessions offerings and quirky aesthetic.

You can find movie times and future releases at the Broadway Centre on the Salt Lake Film Society’s website. 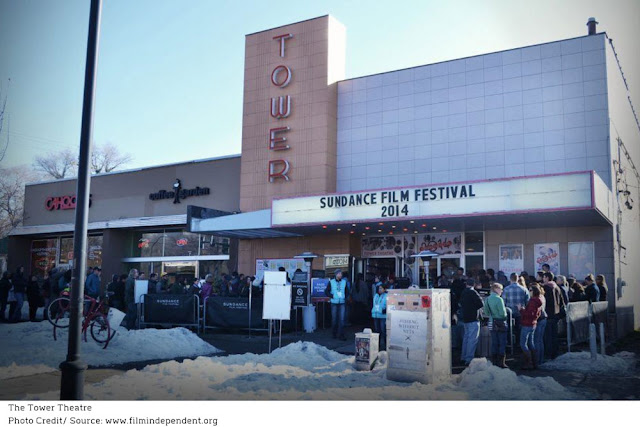 If you’re looking to shake things up, head on down to 9th East & 9th South and visit the Tower. This historic theatre is the oldest cinema still in operation in the Salt Lake Valley, making it a must-visit in more ways than one. While the Broadway Centre shows more traditional independent films, you might be craving something different. The Tower has you covered. Here you can watch titles a little more on the wild side, though that does not mean all its offerings are considered grindhouse. For example, it often offers classic films on weekends.


If you’re not interested in sticking around Salt Lake City, don’t worry. Try these other locations: 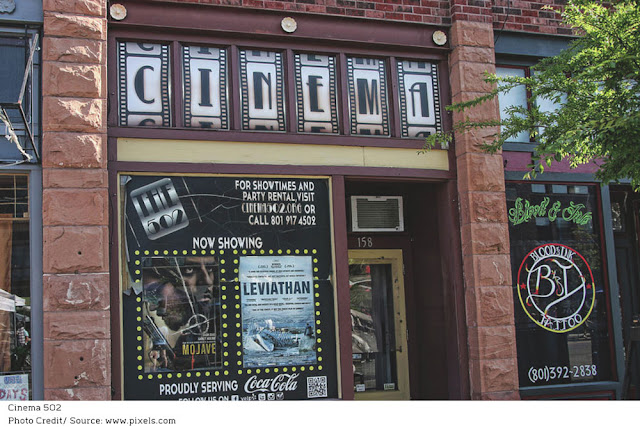 Want to go even further away from the mainstream? Try visiting Cinema 502, on Historic 25th Street in Ogden. This cinema, named for its incredibly small square footage, is already marked by its choice to only show independent films. It goes a step further to distinguish itself by maintaining a cool, old school vibe and a cozy 27-seat theater. Cinema 502 can be rented out for private parties or visited for film screenings even the Broadway and Tower aren’t playing. Its showings primarily consist of independent animation, documentaries, and foreign films.

The Utah Film Center is an organization that brings independent movies to different venues throughout Utah including West Jordan, Ogden, Orem, and Moab. You can follow them on social media or simply visit their webpage to keep up with their latest offerings. Over 86% of their programming is free in an effort to bring local communities together through the power of film. Throughout the year they host two film festivals, Q&A sessions with visiting artists and professionals, and school programs to help students learn about storytelling. One of their most widely known events is Damn! These Heels, an LGBTQ-centered film festival that has been running for over 16 years. You won’t find another organization so dedicated to promoting arthouse films and the artistry of cinema anywhere else in Utah.


Still looking for more options? This last one might surprise you:

With the rising popularity of independent films, you will be pleased to find that you can sometimes catch a showing at non-specialty theaters near you! If you aren’t located near an art house cinema, don’t worry. Many large theaters are catching onto the trend of indie film and dedicating some of their early morning or late night showings to these movies. Be sure to regularly check showtimes near you in order to catch a showing or two without going too far out of your way.

While it might be more exciting to visit a unique specialty theater, you can rest assured that no matter where you buy your tickets, you are supporting the art of independent filmmakers when you go see an art house film. The importance of storytelling and representing the underdog, so to speak, has not been lost to the past. We are no longer relegated to only watching films produced by the mainstream film industry. There are still countless individuals and many organizations dedicated to letting artists speak their voice and promoting their work as widely as possible. On your next night out, lend them a hand and make an effort to find an art house showing near you.
Email ThisBlogThis!Share to TwitterShare to FacebookShare to Pinterest
Labels: The Arts in Utah, Things To Do in Utah
Newer Post Older Post Home