A Brief History of Daughters of Utah Pioneers 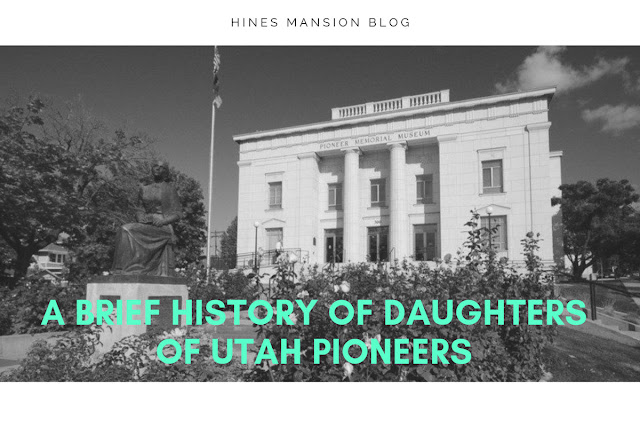 Utah has become a renowned tourist destination not only because of its scenic terrain but also because of its rich cultural history. It is no surprise that the state is dotted with numerous museums spread throughout the state – all in an attempt to preserve this important heritage. 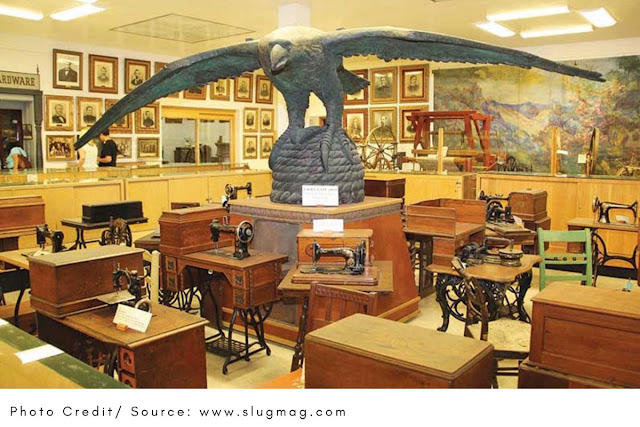 
It may be the world’s largest collection of artifacts in this particular subject, featuring displays and collections of mementos dating back to the earliest settlers of the Great Salt Lake Valley. To be more precise, we are talking of historical culture dating as early as 10th May 1969 during the time of joining of the railroads at a location known as Promontory in Utah.

Pioneer Memorial Museum takes you back in history and gives you an insight of the pioneers who migrated over 200 miles seeking religious freedom. The same pioneers would later give rise to Salt Lake City and the surrounding areas.

The artifacts on display at the Pioneer Memorial are quite fascinating. The interesting part about these artifacts is that they are made of resources now scarce in Utah. You will be surprised as to how the pioneers had a skill in making remarkably ornate decorative arts.

To get an overview of the pioneer memorabilia collection at the museum, it is made up of paintings by noted Utah artists, pioneer portraits, quills, guns, clothing, books, furniture, a Conestoga wagon, samplers, medical and dental tools, a 1902 fire engine, a sewing machine, and much more fascinating artifacts.

You will be captivated by the sense of style and taste native Utah residents had. For instance, the display reveals of carefully tended luxury items ranging from small delicate items such as crystal salters to big bulky items such as the cumbersome pianos. Another interesting point to note is the fact that they owned some of the finest goods available at the time which were later brought in by railroad or by road using ox team. 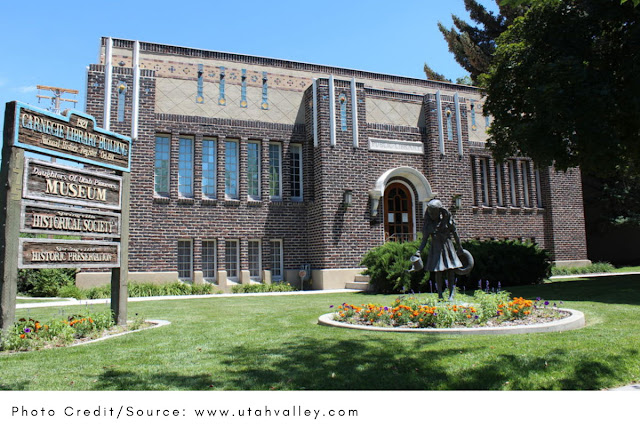 A Brief History of Daughters of Utah Pioneers


Its history dates way back to 11th April 1901 when it was first organized in Salt Lake City. As the story goes, Annie Taylor Hyde, daughter to the president of The Church of Jesus Christ of Latter-day Saints’ John Taylor, invited a group comprising of 50 women to her home.

The aim of the meeting was simple: ‘To perpetuate the names and achievements of the men, women and children who were pioneers in founding this commonwealth.’

However, it was not until 1925 when it was legally incorporated. Over the years, the organization has slowly transitioned to become one of the most reliable sources of historical data related to natives of the state.

Perhaps, this has to do with the good leadership the organization has enjoyed since its early years. Among its past leaders is Kate B. Carter who served as Daughter of Utah Pioneers president from April 1941 until her passing in September 1976. Reportedly, she was the longest-serving of all its past presidents. Interestingly, she had also served as president of the Days of 47 parade from its launch in 1947 until her passing.

Currently, the ISDUP headquarters are based in the Pioneer Memorial Museum in Salt Lake City, Utah. The organization is administered by a board and has its membership organized into ‘companies’. The presiding officers of these companies oversee the activities of ‘camps’ which are made of ten or more members within a specific geographical area. 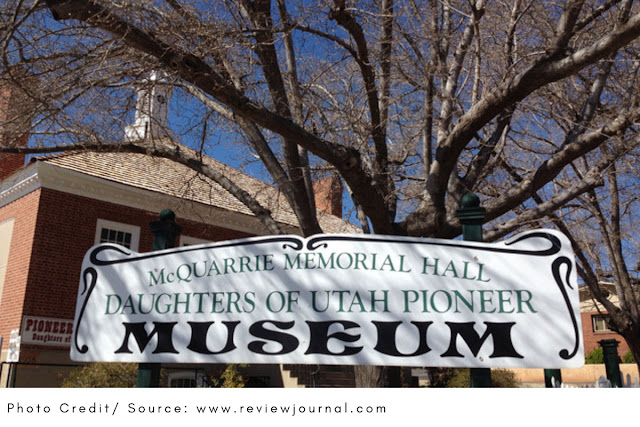 
Since the International Society Daughters of Utah was organized for historical and educational purposes, a membership plan is one of the ways for the management to coordinate its operations. It is, however, important to note that the organization is by no chance political or sectarian.

For women to be eligible for ISDUP membership, they should:


The organization defines a pioneer ancestor as someone who traveled through or to a geographical area covered by the State of Utah territory between the periods ranging from July 1847 to 10th May 1869. Some of these persons included were;

If you fit the criteria and become a member of the organization, you will also have your role to play. For instance, you are expected to play your part in ensuring that all your ancestors are well represented in their historic collection. Being a member also means that you can be elected or appointed to camp offices.

Women who are willing to join the organization but do not have ancestors who came into the state before 10th May 1869 are still welcomed aboard. However, they become identified as an ‘Associate of Daughters of Utah Pioneers’ and can participate in all the organization’s activities. The main notable difference of this group is that they cannot hold an elected office.

Aside from that, they seem to share almost equal privileges with main members.

Located on 300 N in Salt Lake City, Utah, the Museum acts as the base headquarters of ISDUP and is open Monday through Saturday from 9 a.m. to 4 p.m. Admission to the museum is absolutely free of charge!

It is, however, important to keep in mind that even while access is free, visitors are restricted from entering with cameras, video cameras, or personal scanners.
Email ThisBlogThis!Share to TwitterShare to FacebookShare to Pinterest
Labels: Things To Do in Utah, Utah History
Newer Post Older Post Home