8 Fun Facts You May Not Know About Provo, Utah 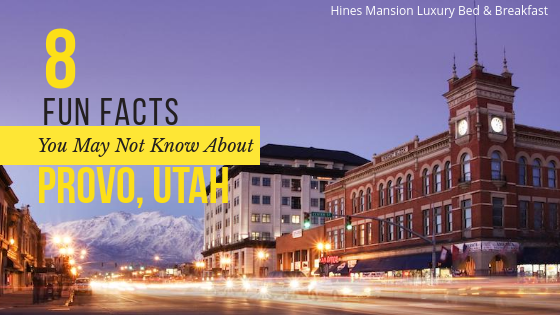 Though there are many incredibly intriguing cities to visit in the state of Utah, Provo is one you definitely must spend time in. It has consistently been considered one of the most desirable places to live for a number of reasons including its metropolitan size, proximity to beautiful nature, and tight-knit community. But besides these reasons, there are more little-known facts that make this city truly shine. Here are eight fun facts you may not know about Provo, Utah.

Originally called Timpanogots after the Timpanogos Tribe that was native to the area, Provo became Utah County’s first city in 1849. Incorporated more than 160 years ago, this city solidified its place and importance in the State very early on. Situated within the picturesque Utah Valley at an elevation of more than 4,500 feet, Provo was a beautiful area for its first and very notable city. In Provo, the first school house was built right away in 1850 and in 1872, the highly anticipated railroad reached the city, spurring immense growth. It stood alone as the only city in Utah County for three years until Lehi became its second incorporated city.

2. Outside of Salt Lake, the First Mormon Settlement in Utah 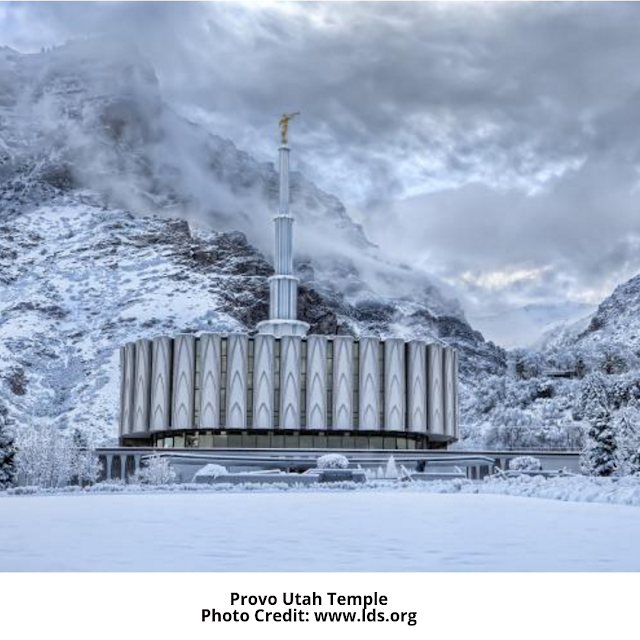 Waves of Mormon settlers landed in Provo in the late 1840’s, making it their first settlement outside of Salt Lake. Upon their arrival, early conflicts with the Native Americans ensued, leading to what is known as the Provo War. Those Mormon’s immediately began establishing the community, and pieces of the centuries-old traditions that started in Provo are still felt throughout the city today.

3. Named for a French-Canadian Trapper

The story of how cities get their names is always an intriguing one, with this one being no different. Provo was named after a French-Canadian trapper named Etienne Provost. Born in 1785, Mr. Provost was also referred to as the “man of the mountains,” due to his strength and knowledge in the wilderness. Both the Provo River and the City of Provo were subsequently named after him.

Provo holds the title as the largest city in Utah County and the third-largest in the entire state. The population is estimated to be close to 117,000 according to the most recent census. The second-largest city in Utah is the West Valley City and Salt Lake City takes the cake as number one. Just like it’s size, the available activities, entertainment and dining options in Provo feel virtually endless. There are actually more than 100 restaurants in the city. 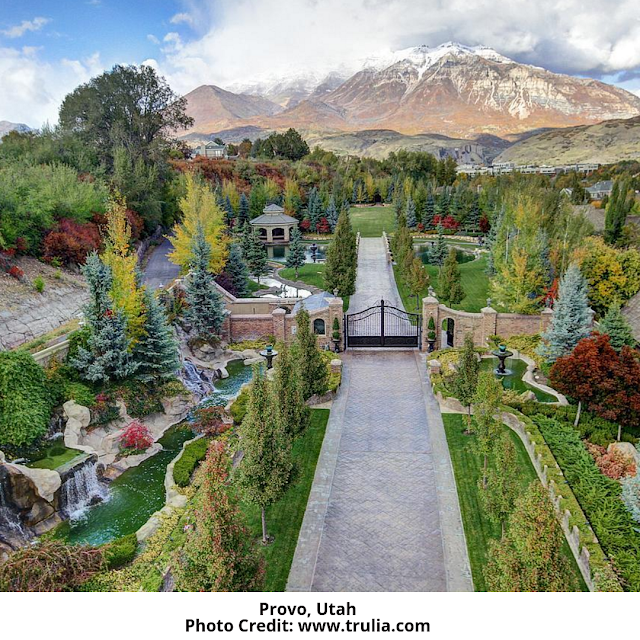 In addition to its population prominence, Provo also holds another distinction in terms of its physical land size. The city stretches over a 41 square mile area, covering an incredible amount of beauty within. From a charming downtown area to breathtaking landscapes for hiking and camping, the vast size of Provo makes it well-rounded and expansive. Spend a day learning history and culture at one of the city’s fascinating museums or take in live performances at one of the local music or theatre venues. Provo is also home to the expansive 500-plus acre Brigham Young University, known for its academics, sports teams, and variety of extracurricular activities. More than 30,000 undergraduate students attend this iconic university in Provo. 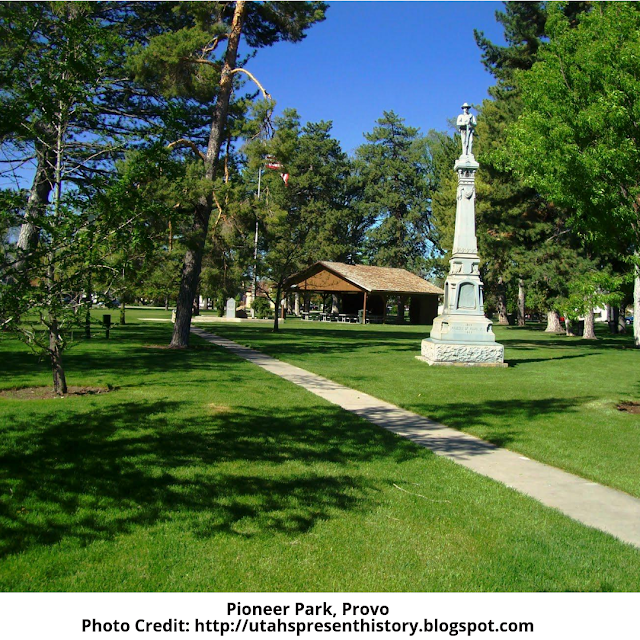 Within the expansive city limits of Provo is an outstanding system of city parks. There are 27 parks spread throughout the area with more than 800 developed acres of park land and 35 miles of paved pathways. Back in the day, the city was even once nicknamed The Garden City due to its massive number of orchards and gardens. Provo’s Parks and Recreation department has actually been nationally recognized and the city was honored as the second best for outdoor recreation by Outside Magazine. At many of the parks, visitors will be able to enjoy hiking, bicycle riding, playgrounds, outdoor BBQ’s, dog runs, volleyball, tennis courts, and much more. Just a few of the picture-perfect parks you’ll want to spend time in are North Park, Pioneer Park, Canyon Glen Park, and Bicentennial Park.

7. The Sixth-Youngest Population in Utah County

More than 20 percent of the population in Provo is under 18 years old, making it one of the youngest populations in Utah County. A large percentage of the youngsters living in Provo can be attributed to the vast number of students living there while attending BYU. Approximately 8 percent of the population is under 5, due to its incredible family-oriented nature. Overall, the city has the sixth-youngest population and is certainly proud of that. With so many beautiful parks, a bustling downtown district, its growing restaurant and nightlife scene, and many historic museums, it’s no wonder Provo has been named one of the most attractive places to live.

8. Home to Some Major Companies 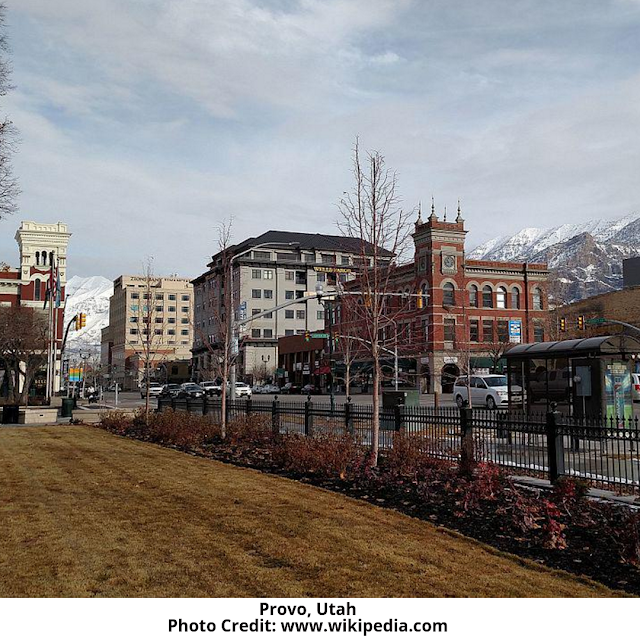 In addition to all the awesome facts about this Utah City, it’s also making waves as the ideal place for large businesses to set up shop. As you explore Center Street in Provo, you’ll see a number of businesses, including many well-known ones, lining the street. In addition to all those living in Provo, there are actually close to 9,000 various businesses that also call the city their home base. Perhaps most notably, Provo houses Qualtrics, NuSkin, Ancestry.com, and Vivint to name just a few of the most recognizable ones. Besides well-known companies, there are also a number of famous individuals who have had homes in Provo. Singers Bert McCracken, Tyler Glenn, Donny and Marie Osmond, Author Steven Covey and Boxer Jack Dempsey are just some of the stars to have graced Provo with their presence.


Provo, Utah is an extremely well-rounded and multi-faceted city. It is Utah County’s oldest city, named after fur trapper Etienne Provost, and one of its largest and youngest-populated cities. There are a number of well-known businesses that call Provo home, with its 27 beautiful city parks.  With its history dating back to the 1800’s as the first Mormon settlement outside Utah and a strong pull as one of the most desirable places to live, Provo truly has made a name for itself with country-wide prominence. These fun facts are what make Provo a truly special place.
Email ThisBlogThis!Share to TwitterShare to FacebookShare to Pinterest
Newer Post Older Post Home